A Yard Management System (YMS) Invented by Recyclers for Recyclers

Pièces d’Autos Turcotte, an automobile recycler in Trois-Rivières, Quebec, Canada is thinking of computerizing its business by acquiring a product that could help with sales, accounting, and inventory.

The company looked at was available on the market and consulted fellow recyclers. Opinions were divided: it’s expensive, it’s not available in French, several desired features are unavailable, or don’t fully meet the recycler’s needs.

The people at P. A. Turcotte were fairly discouraged by their research, but they had an idea: “What if we had our perfect software programmed by a computer company? We’d be 100% satisfied with the result.” 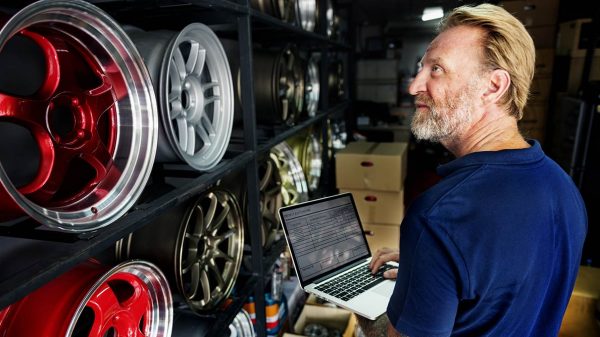 P.A. Turcotte went ahead and hired a firm to program their Yard Management System (YMS) software, a specialized ERP for auto recyclers. The news reached their business circle. Other recyclers in the industry were interested. Some said: “If your project works and you’re open to selling it, I’d love to have it for my business.” This was promising. However, a few months later, they received bad news. The computer firm they had hired was bought out by another company. The latter told P. A. Turcotte: “Your project does not fit with our corporate vision; so, we’re abandoning it. You can get the rights to the code already developed for $40,000.”

At P. A. Turcotte, they were sure of two things: they wanted the product and other recyclers were also interested. So, they founded ProgiPac, a second company, with a few associates and allies such as the software programmer François Paprosky, who wanted to finish what he had started.

In 1990, the Progi adventure began. In 1992, the software was ready, sales started, and many Quebec recyclers adopted the ProgiPac YMS.

Over the years, Quebec recyclers have become very close to Progi.

In 2021, ProgiPac became Progi, and the company continues to work closely with recyclers, notably with ProgiParts, its extensive digital part marketplace, ProgiPac, its YMS, and ProgiPix, its virtual auction for total loss vehicles. In addition to its recycler customer base, Progi now operates on a national scale working with major Canadian insurers, thousands of collision shops and parts suppliers, and automotive manufacturers.